Please see this page for more examples of what bernedoodles look like!

Here are the most common colors and patterns!

Traditional Tri-Colored Bernedoodles have the same pattern and coloring as a berner but with non-shedding hair! Here are some examples: 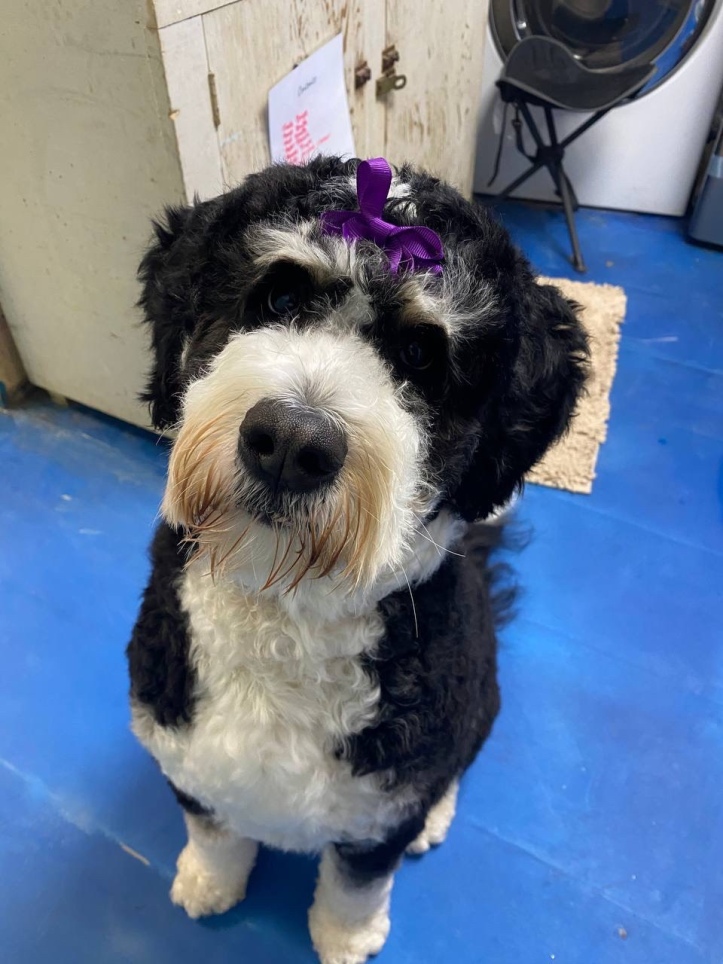 Next, we have the Traditional Tri-Sable which is mostly brown with white berner markings and black or brown points. Parent dogs who regularly produce this pattern/color are Rocky (F2 Standards), Sargent Pepper (F1 Standards) and some F2 Mini moms like Roxie, Carly and Penny. 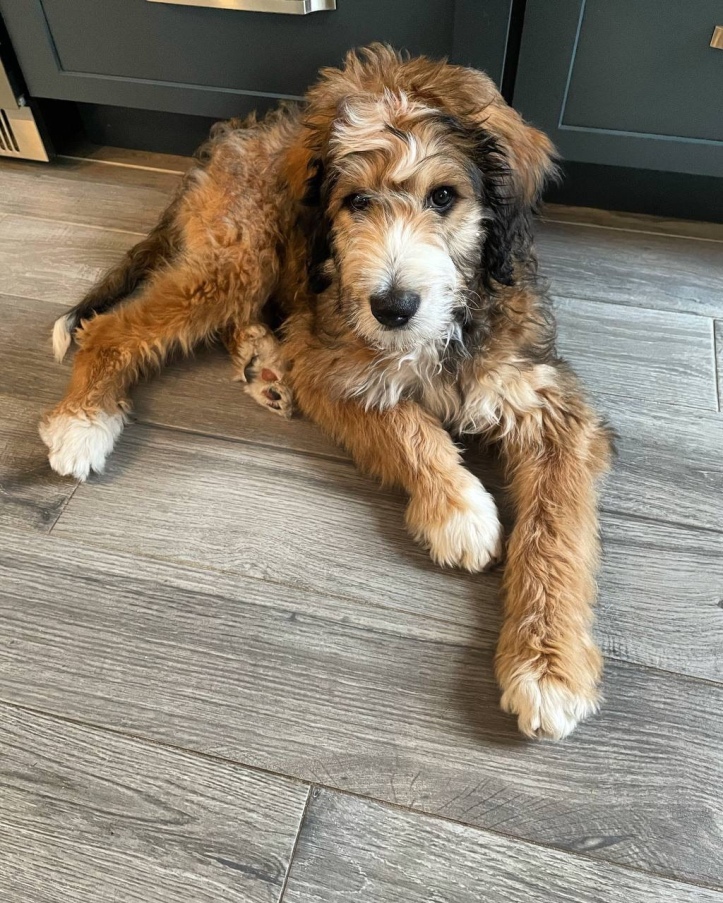 Up next is the Traditional Blue Merle coat color! Beautiful! Jacob is the dad for these beauties! He consistently produces F1 mini’s and F1b Micro’s with the blue Merle pattern or black/white tuxedo and also parti patterns! All non-shedding 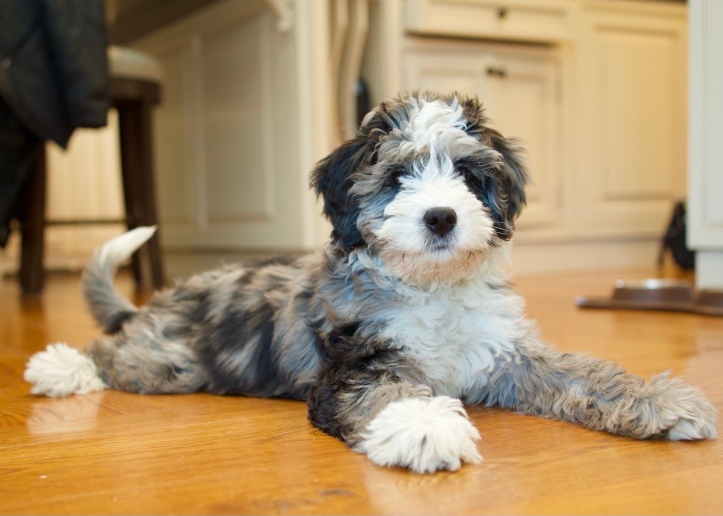 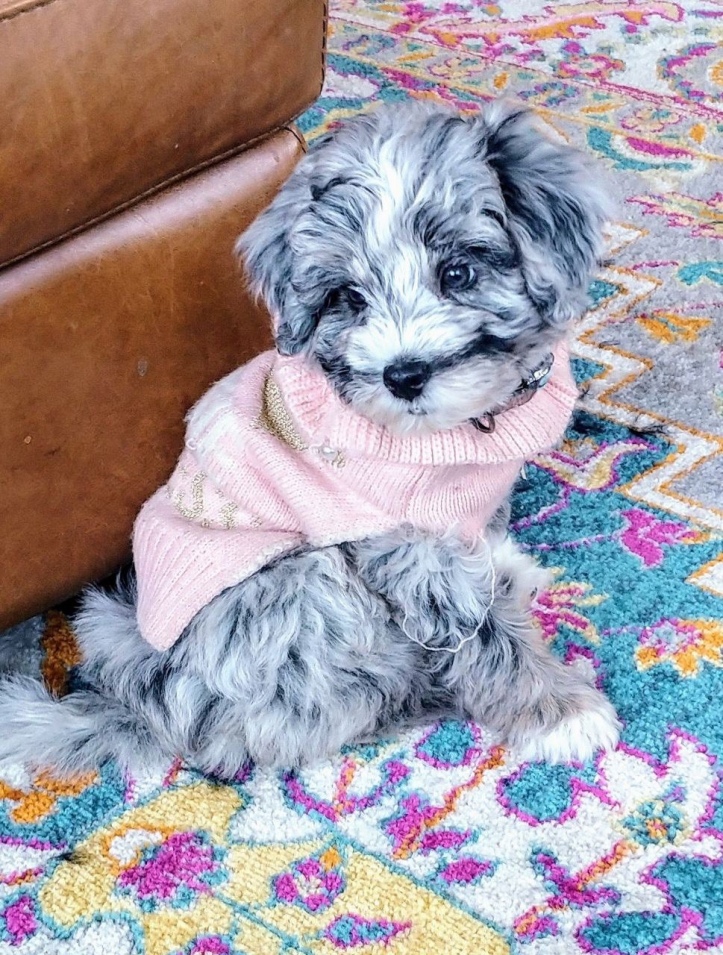 Blue Merle (only when Jacob is the dad does this color come out) shown below. Seen in F1 Mini and micro bernedoodle litters from Jacob and F1 Micro Aussiedoodles from Ani/Jacob

Here we have the Traditional Chocolate Tri-Colored Bernedoodle; This coloring is only seen when BB King is the dad OR the mom is a tri colored sable bernedoodle. These are rare and only one or two with this unique coloring may be born in these litters 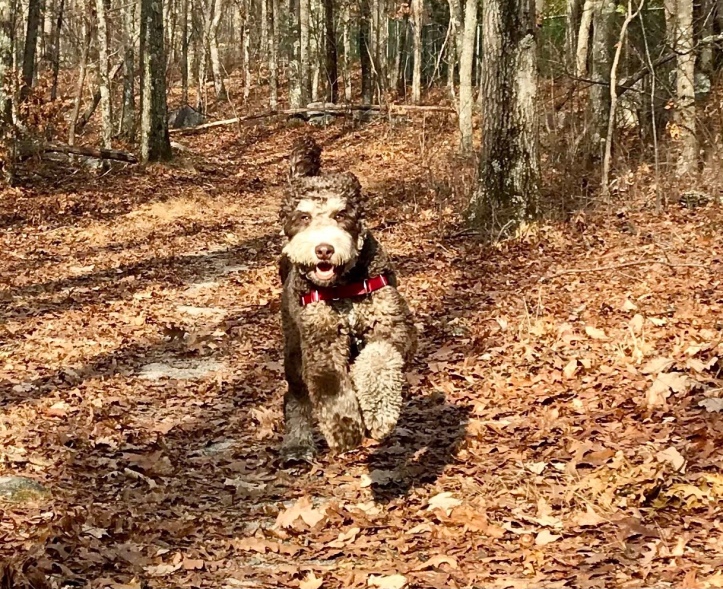 The Phantom color refers to a bi-colored black and white or brown and white bernedoodle without the white berner markings. Also gorgeous! This color/pattern is seen in Tela and BB King’s F1b Mini Bernedoodles m and F2 Mini Bernedoodle litters where BB King is the dad.  Mom’s who will may produce  this color and pattern include Kylie’s micro’s and Abbey’s Mini’s. Both Tela’s daughters, they are just coming up on their 1st litters as Tela is retiring in 2022 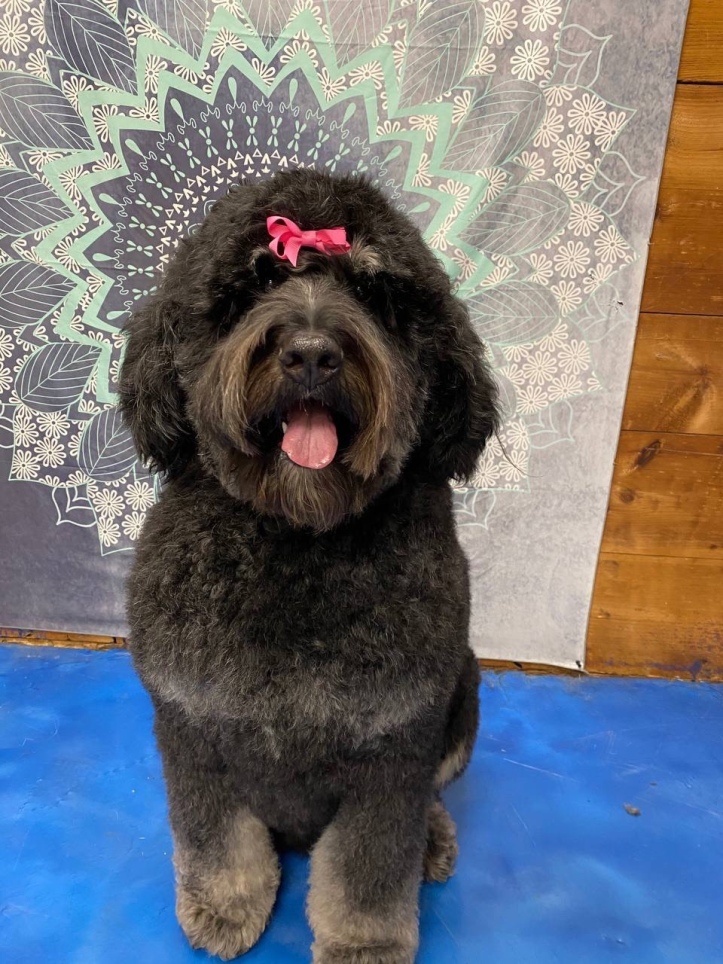 One of my favorites! The Brindle Bernedoodle is stunning! This color and pattern combination is one of my all time favorites! We only see the brindle bernedoodle with Sargent Pepper’s F1 Standard Bernedoodles but hope to incorporate brindles into our mini program once Harley is old enough to have puppies in 2022.  The dad will be BB King or Ringo Star. 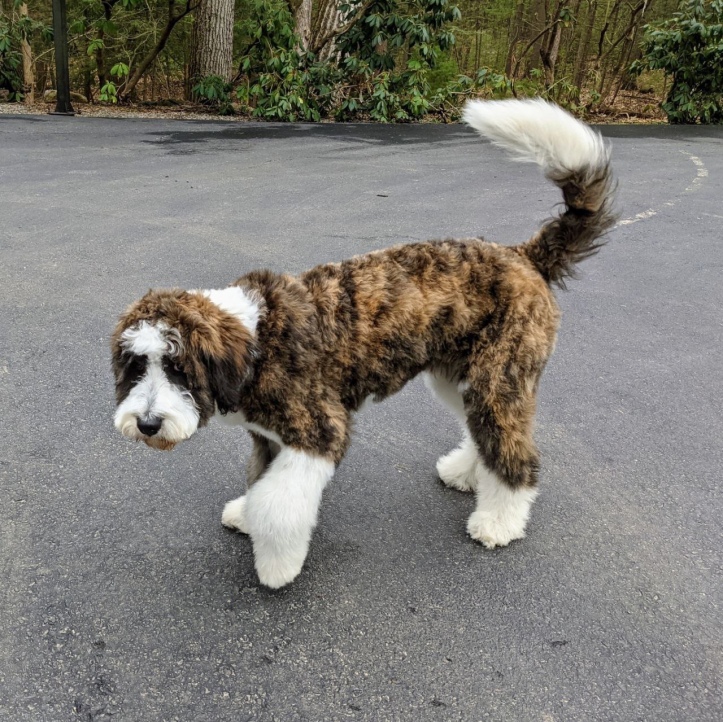 Brindle seen in F1 Standards where Sargent Pepper is the dad

Here we have the Black and White “Tuxedo” Bernedoodle: This color/pattern is seen in nearly every bernedoodle litter from every father including BB King, Jacob, Rocky Raccoon, Ringo Star and Prince Caspian. Brown and White Tuxedo’s may be seen in Abbey and Kylie’s litters coming up in 2022. 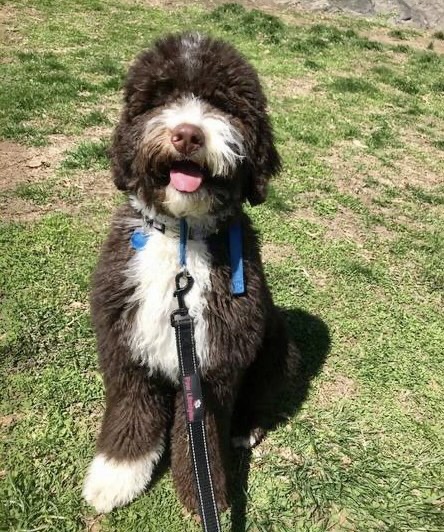 Finally, here we have the solid black or brown Bernedoodles! Seen mainly in our F1b Mini Bernedoodle litters from Tela

There are 3 main patterns Bernedoodles come in: Traditional, Parti and phantom

“Traditional Pattern” means they have the traditional berner pattern, regardless of the color. These are all Traditional patterned bernedoodles and come from Sargent Pepper, Rocky, BB King, Ringo Star and Jacob. 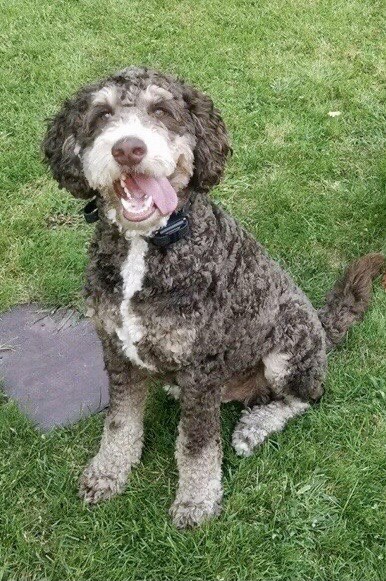 Next we have the “Parti” Pattern (below) and there are usually 2-3 Patti’s in Jacob’s Micro bernedoodles and Aussiedoodles, some of BB King’s mini bernedoodles and when the mom herself has a parti patterned coat 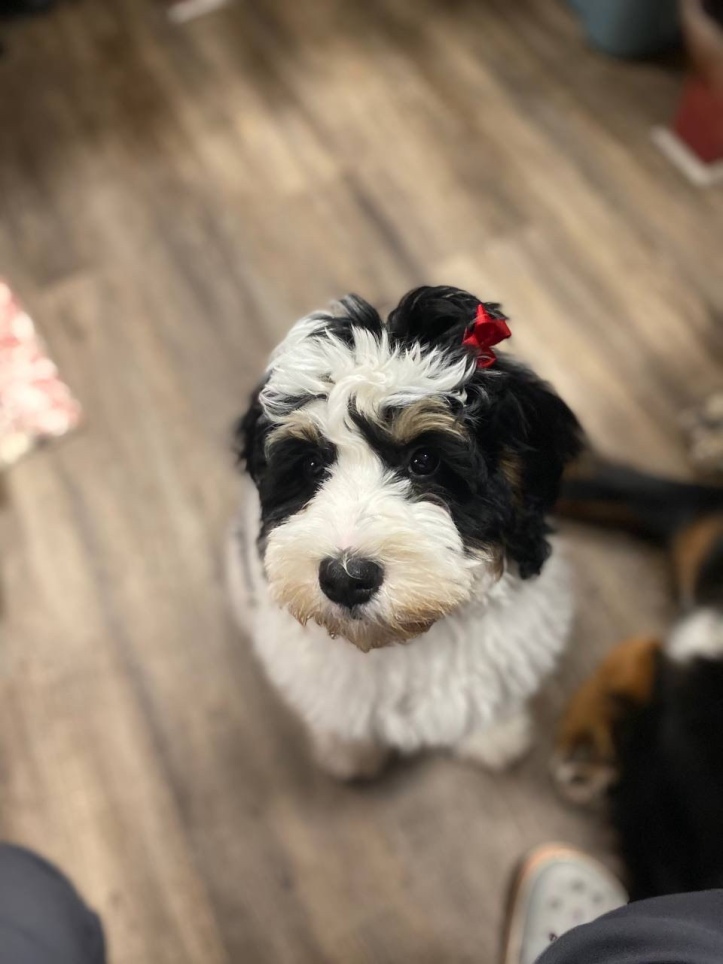 And our Mainly Solid Cream colored Beauties! (below) This color is sometimes seen in BB King’s F2 Bernedoodes and Rocky Raccoon’s F2 Standard litters. We will also see this in Dakota’s upcoming litters of F2 Bernedoodles arriving in 2022.

Sign up for our newsletter to receive puppy updates